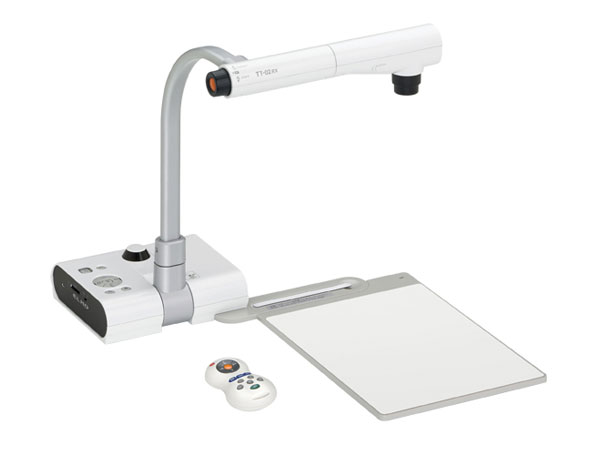 Please call us for a Quote

Call us or click below to request a quote.

Get A Quote
Overview
Specs
Overview

The Elmo TT-12 Document Camera connects to a Mac or PC — and to a projector and offers two categories of use. It lets users apply features, such as picture-in-picture, to material being projected onto a wall, and it allows sessions to be captured in high-definition video that can be posted later.

The features applicable are part of software called Image Mate that comes included with the camera. In addition to picture-in-picture, Image Mate offers split-screen, highlights, masks, color filters, Mosaic, and an annotation tool that works by mouse. For normal projection, class documents need only be placed under the camera eye. But for projection with a feature applied, in addition to what’s under the camera eye, images separately captured can be incorporated, as they would be in picture-in-picture.

The camera has a 3.4 megapixel CMOS sensor that captures bright and colorful video and photos, and an internal mic that records sound. A jack for an external mic is also available. Shots can be gotten from almost any angle per a swivel-adjustable arm, and, by the combination of a 12x optical zoom and an 8x digital zoom, details can be magnified by 96 times without any distortion. Focus can be set manually or set automatically at the tap of a button. Files can be saved to a connected computer or internally via USB/SD/SDHC slots. Output is by HDMI out and audio line out, and is at 30 frames-per-second and thus in smooth, full-motion video. Different output resolutions up to 1080p HD can be selected at the flip of a switch.

We just need some information, then a Mitey AV technician will contact you within 24 hours and work with you to ensure your event is a big success!